Incorporating Frameplay is simple, but maximizing revenue requires effective implementation. When considering this, it is important to first understand how Frameplay generates revenue, then determine the design and placement of ads in your game accordingly. In this guide, we share effective strategies and tips for optimizing your Frameplay Ad Space implementation.

The key to maximizing your CPI is designing your Ad Spaces to consistently generate the highest quality impressions.

In your environments, there are going to be areas where players spend more time than others. Areas like this make great locations to incorporate Ad Spaces. There are also many creative solutions to draw players towards your Ad Spaces such as placing them near interactable objects like pickups or loot crates. 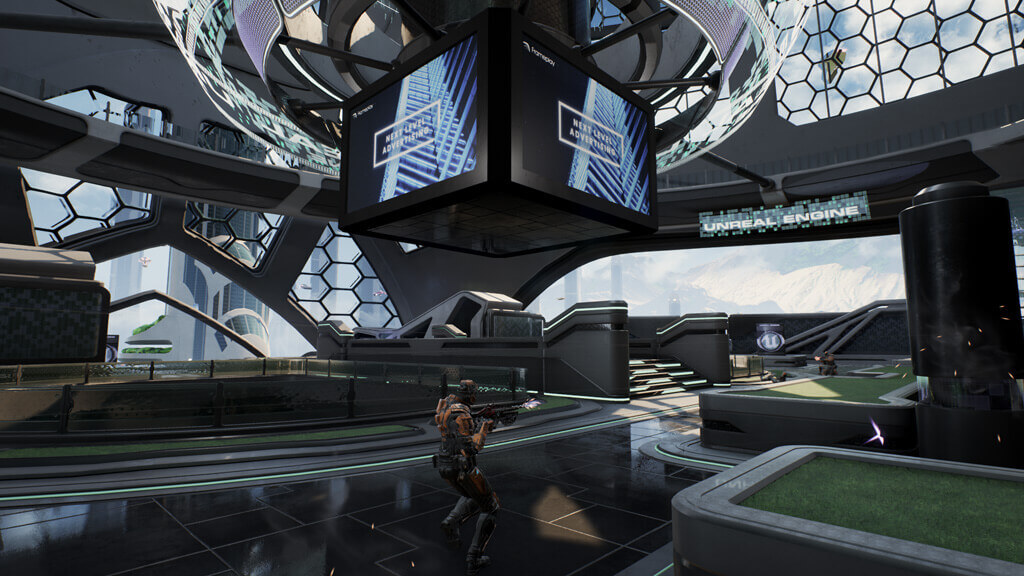 Less is always more when it comes to quality impressions. Having many multiple Ad Spaces visible to the player at once creates a busy and overwhelming experience, lessening the impact that an individual ad has on a player. This in turn lowers the quality of each impression. 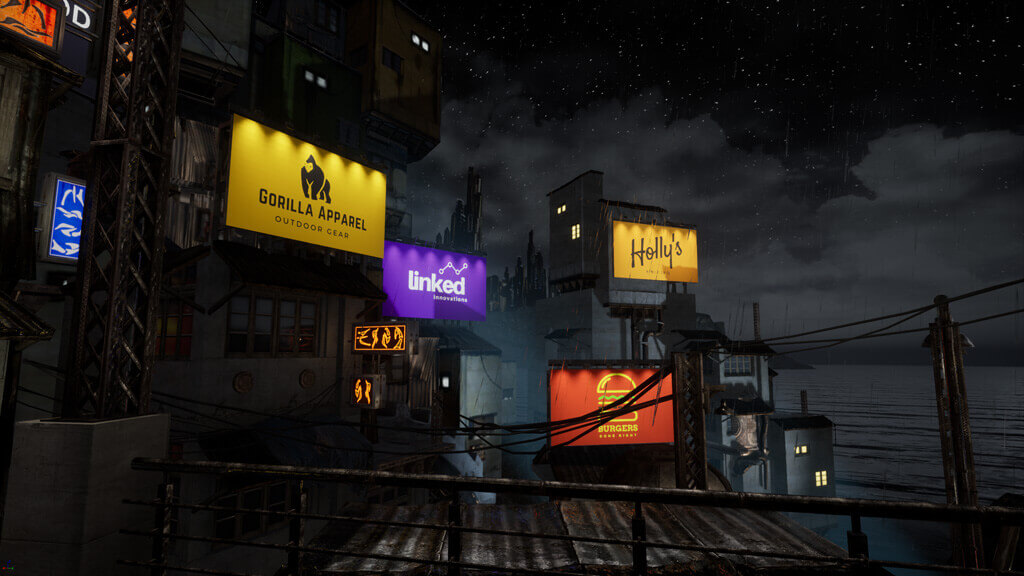 Optimize memory usage by downloading appropriate sized advertisement images. For Ad Spaces that will not take up a large portion of the screen, you can change their quality scale multiplier to Half or Quarter. This will reduce texture memory usage and download size.

As a game developer you have full control over the final appearance of an advertisement. It's important to consider how much you change the overall appearance of and ad, as this will affect the quality of the impression.

Lighting can have minimal affects on the overall impression of and ad on an individual, due to what is called Color Constancy. As long as your Ad Space is visible and well lit, there should be virtual no impact to the CPI. 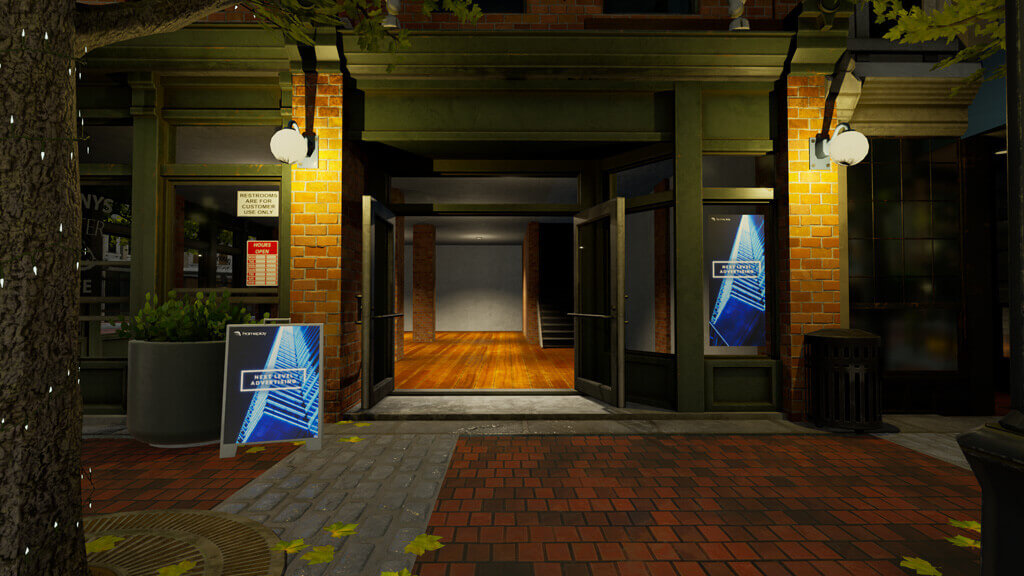 Obstructions between the players LOS (line of sight) and an Ad Space may affect the quality of the impression. Frameplay considers the following when calculating obscured impressions: 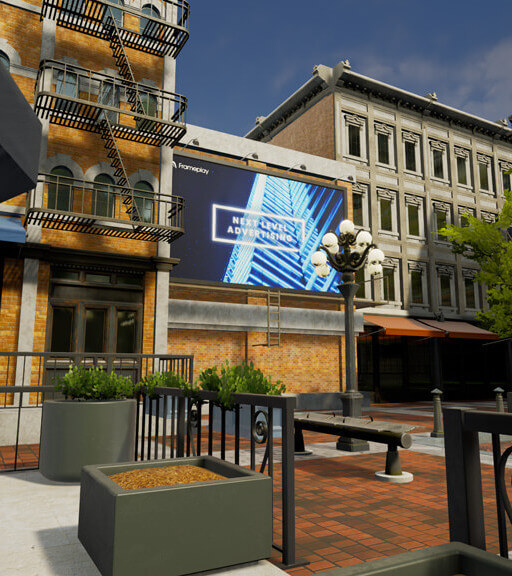 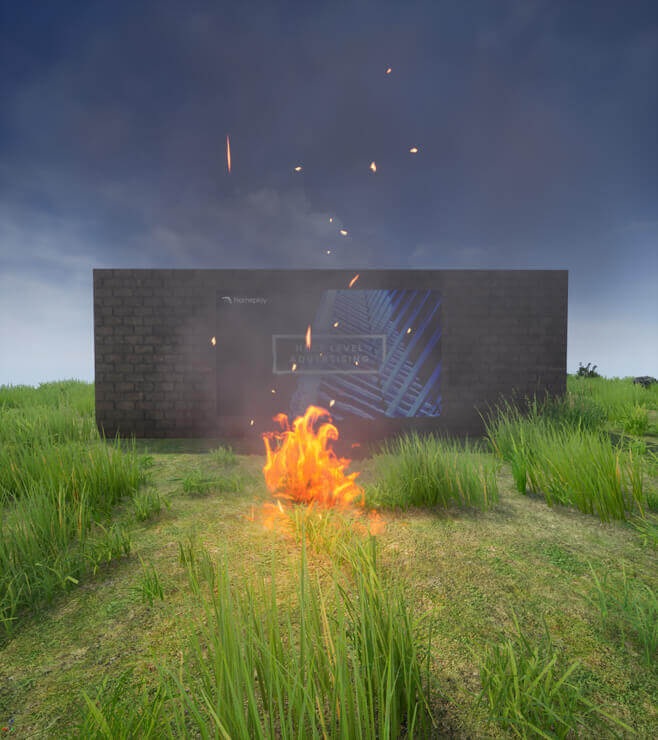 Post Processing and Custom Shaders can drastically change the appearance of advertisements. If the advertisement is visible and no extreme effects are used, the CPI will remain unaffected. 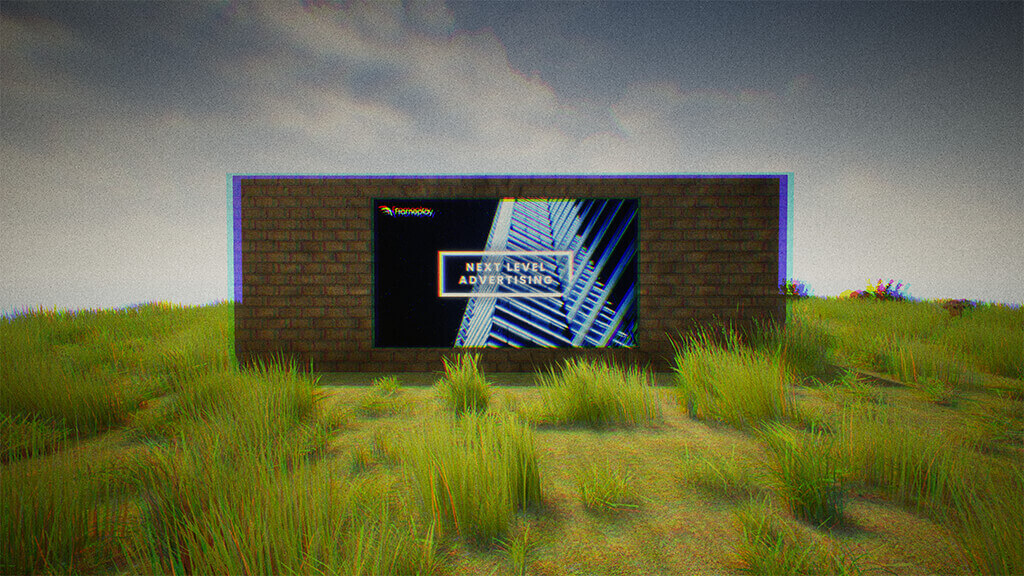 Ad Spaces have a placeholder material property that can be changed to anything you like. This material is displayed when no advertisements have been loaded. This feature lets you preserve the user experience even when there are no ads displayed.

You may want to use this feature to promote your own products whilst revenue raising ads load, or simply chose something fitting for the environment.

On the left is an in game example of an Ad Space with it's transparency setting toggled on. Since no ad is loaded, only the original prop is visible. On the right is the same Ad Space displaying an advertisement. 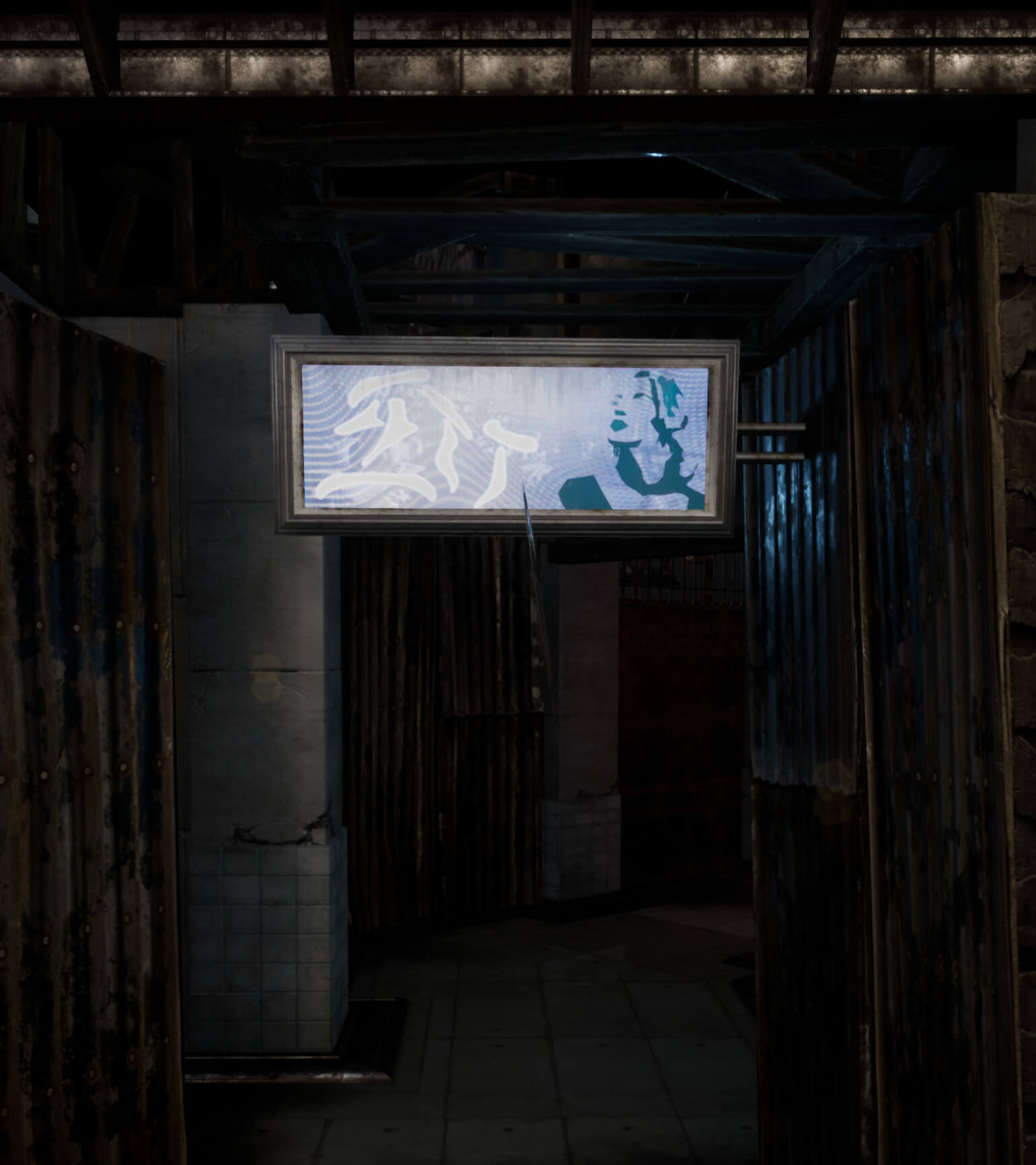 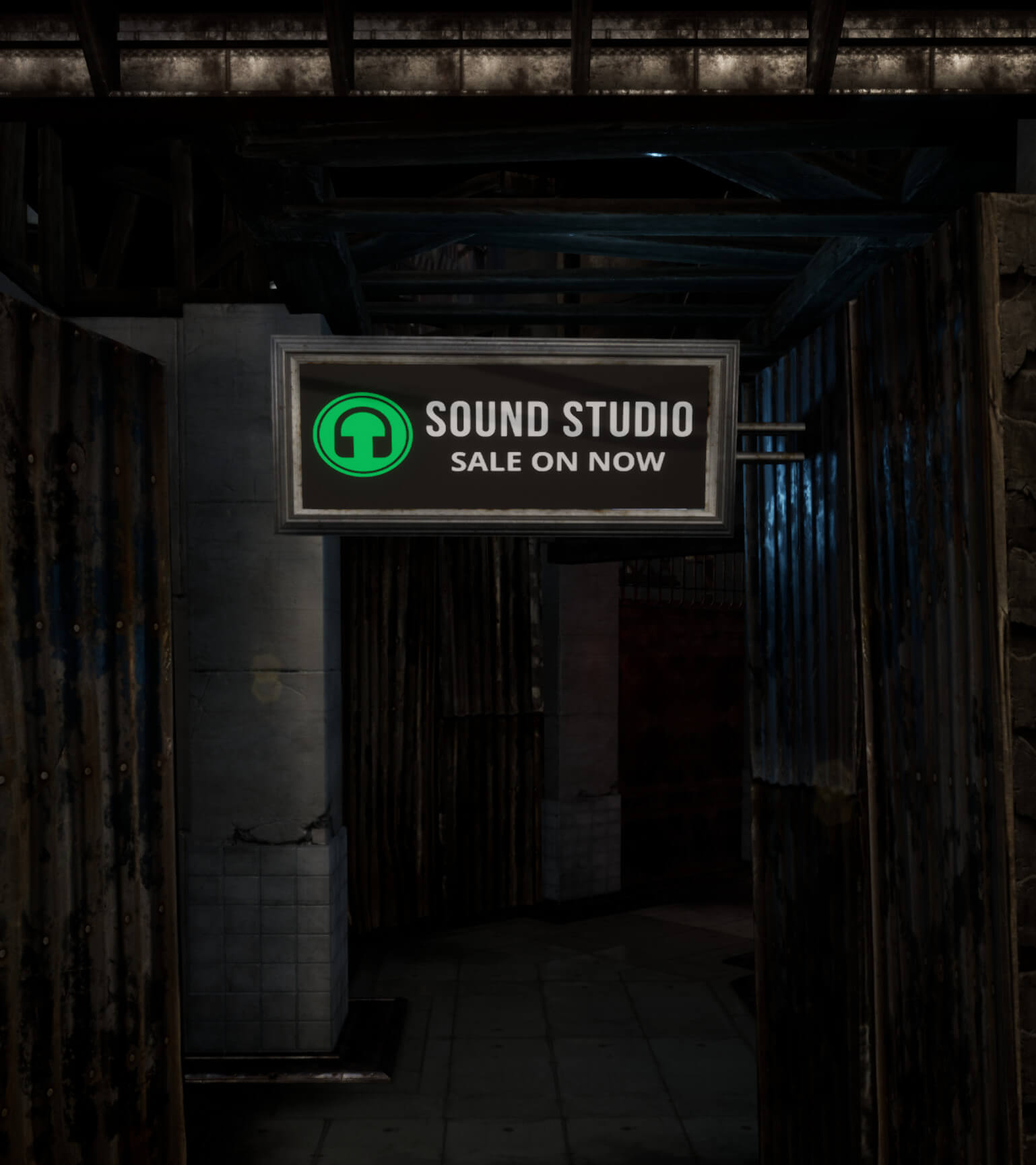 Frameplay strives to preserve the user's experience whilst providing developers an alternate stream of revenue. We are trying to bring games, gamers and advertisers closer together in a non intrusive and non invasive way. We have given you - the game developer - the tools to achieve this, it's now up to you to maintain this.

When implemented correctly, ads can become part of the game. We want to create a positive experience that players look forward to. The better the experience is, the more daily active users you gain, resulting in more impressions and greater revenue. 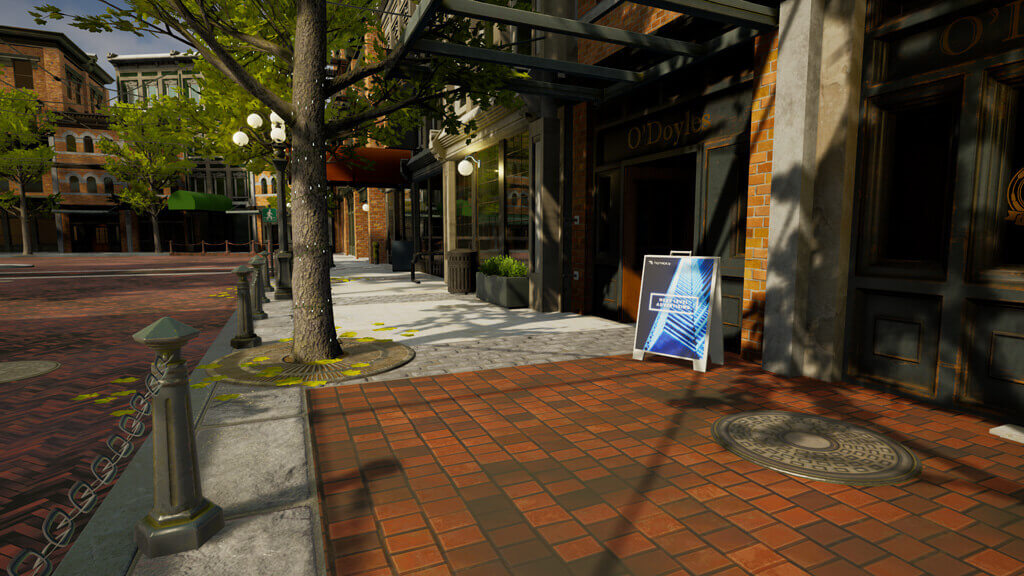 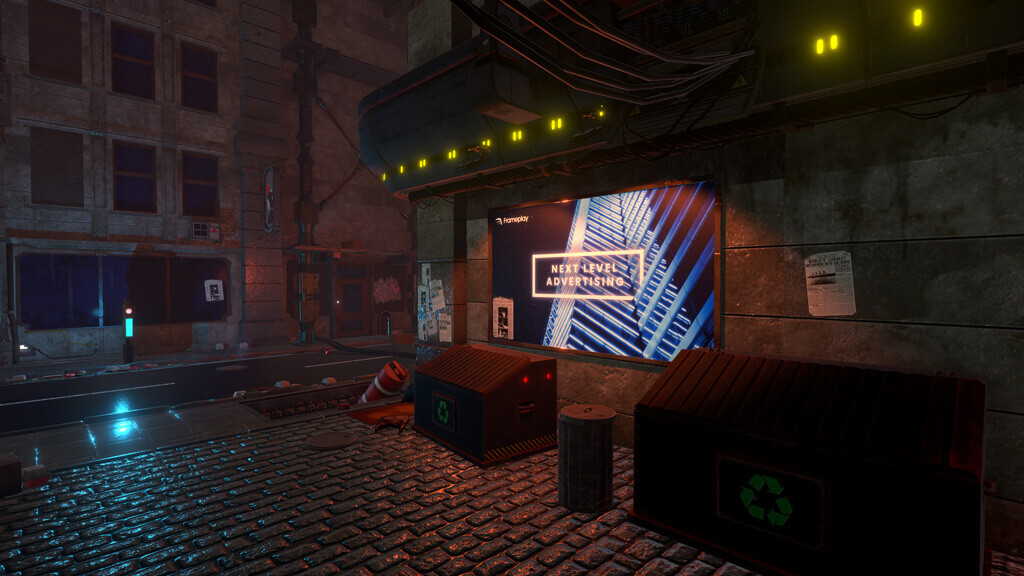 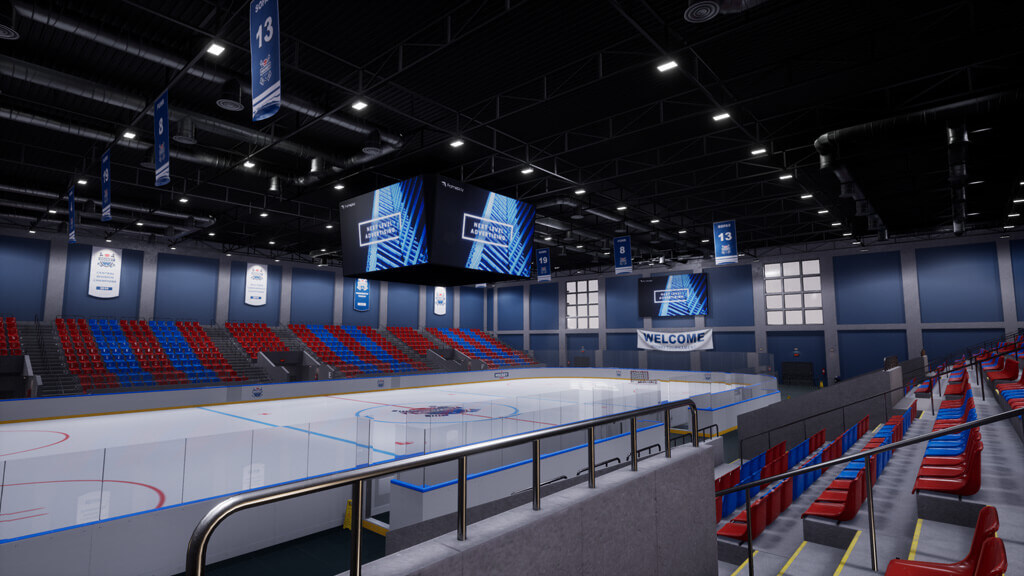