This guide will show you how to integrate the Frameplay plugin into your Unity project.

To get started you must first have created:

To get started, download and import the Frameplay SDK. 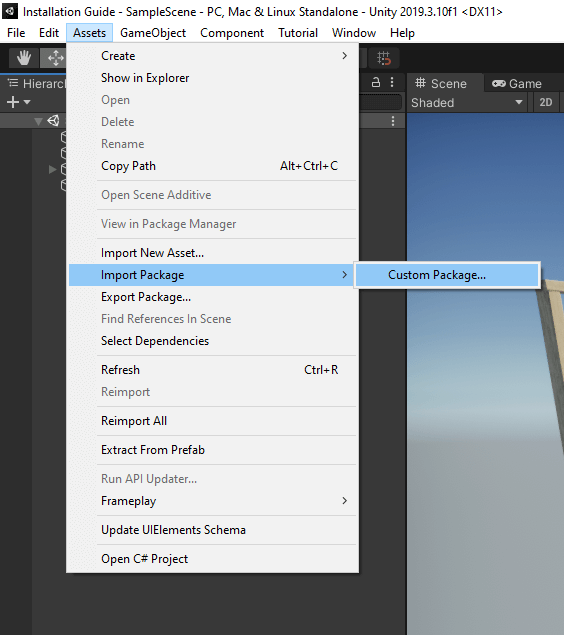 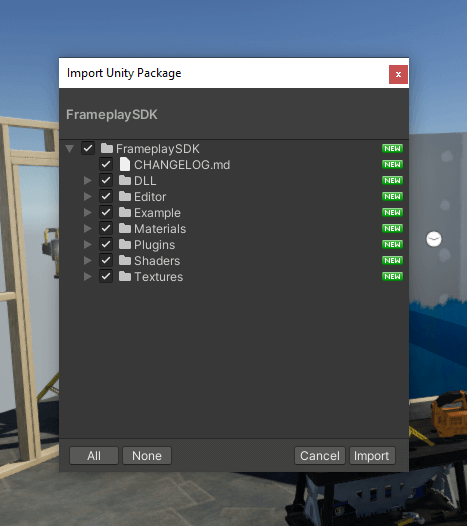 The Frameplay Data Asset is a Scriptable Object and used to maintain the link between your Unity project and the Frameplay Developer Dashboard. It requires a Game ID and API Key which are given to you when creating a game on Frameplay's Game Page 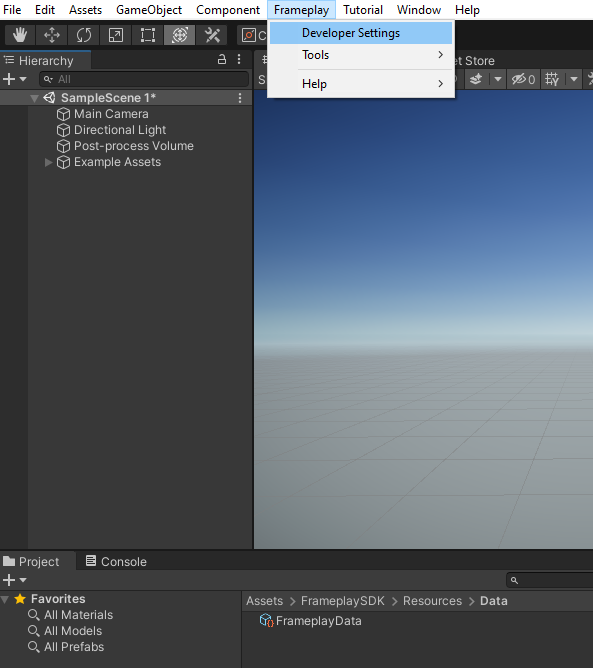 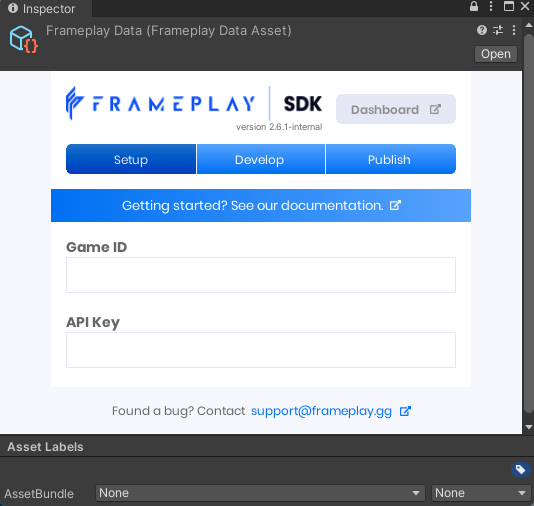 Loading ads at runtime requires a Frameplay session and game camera. We have provided an example script called "StartSession.cs" that includes this functionality.

Read more about the Frameplay Session and API here 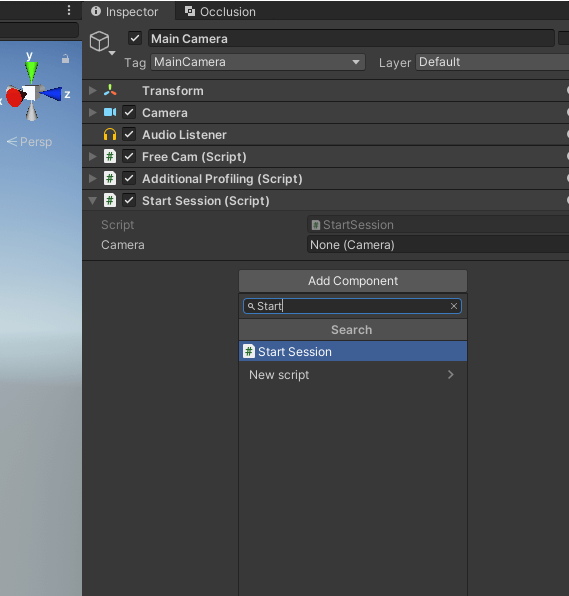 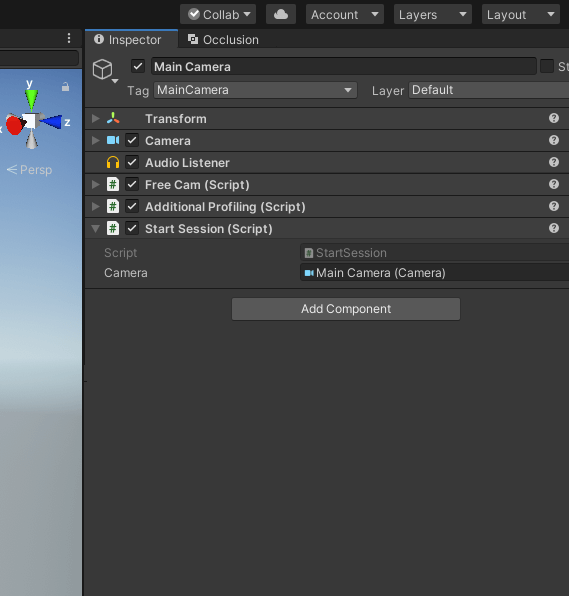 See the Unity manual for more information on GameObjects Scripts, Cameras and the Inspector Window.

Next create a Frameplay Ad Space and configure it to fit your game environment.

The new Ad Space will display red debug text, this shows that it is not currently registered. 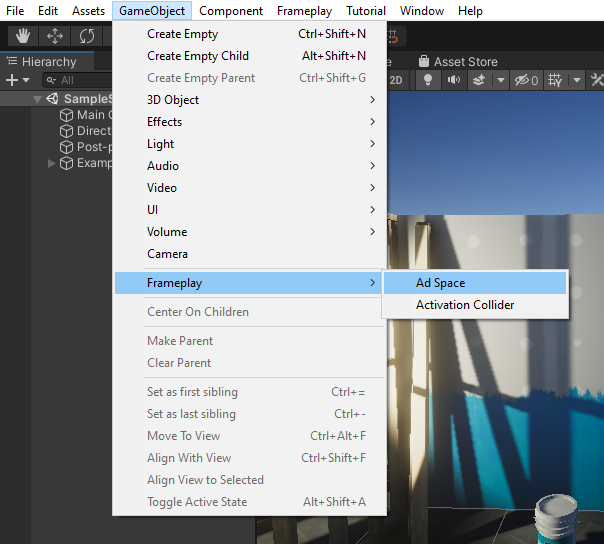 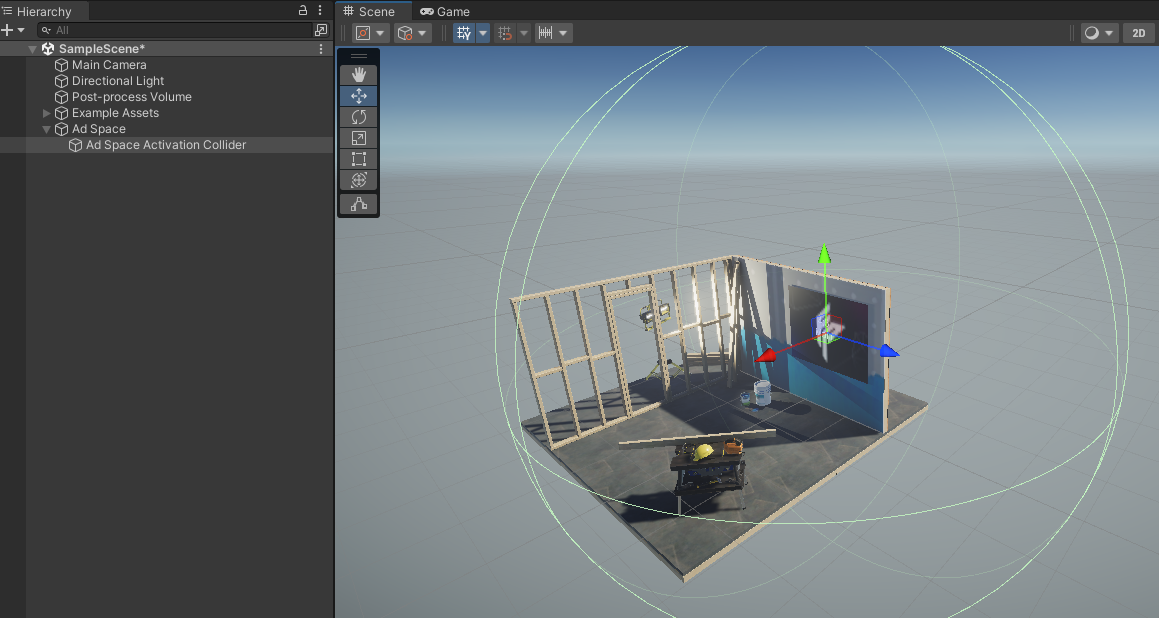 When creating a new Ad Space, an Activation Collider will be automatically generated. If the registered camera object overlaps with this collider the Ad Space will activate and request an advertisement.

For an Ad Space to request and display advertisements, it needs to be registered.

Click Play. This will trigger the Frameplay session to start and a mock advertisement to load. 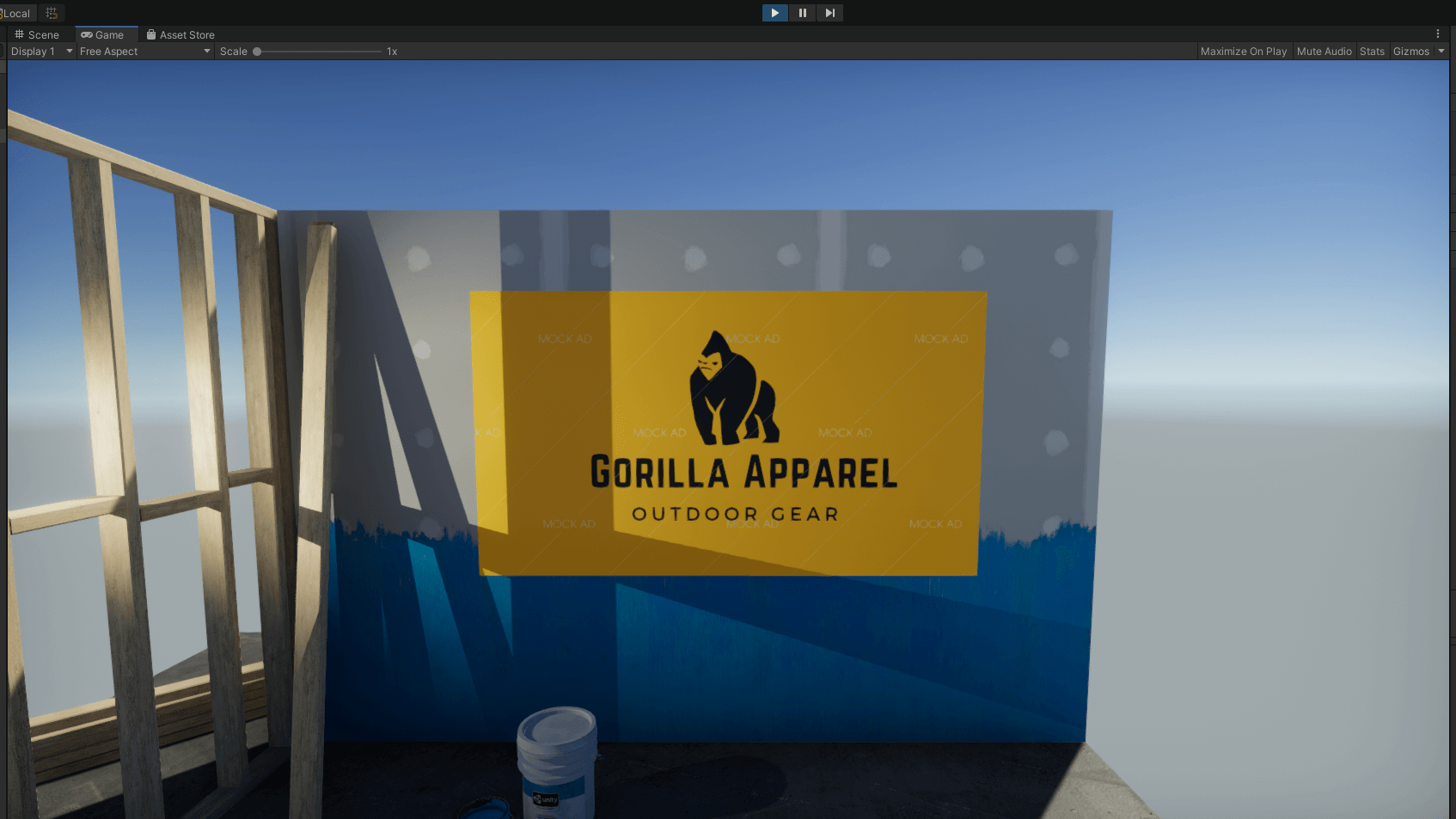 Congratulations! You have created your first intrinsic advertisement.

When playing in Editor and Development Builds, mock advertisements will be loaded at runtime.

To create a build select File > Build Settings and toggle Development Build on while in development. 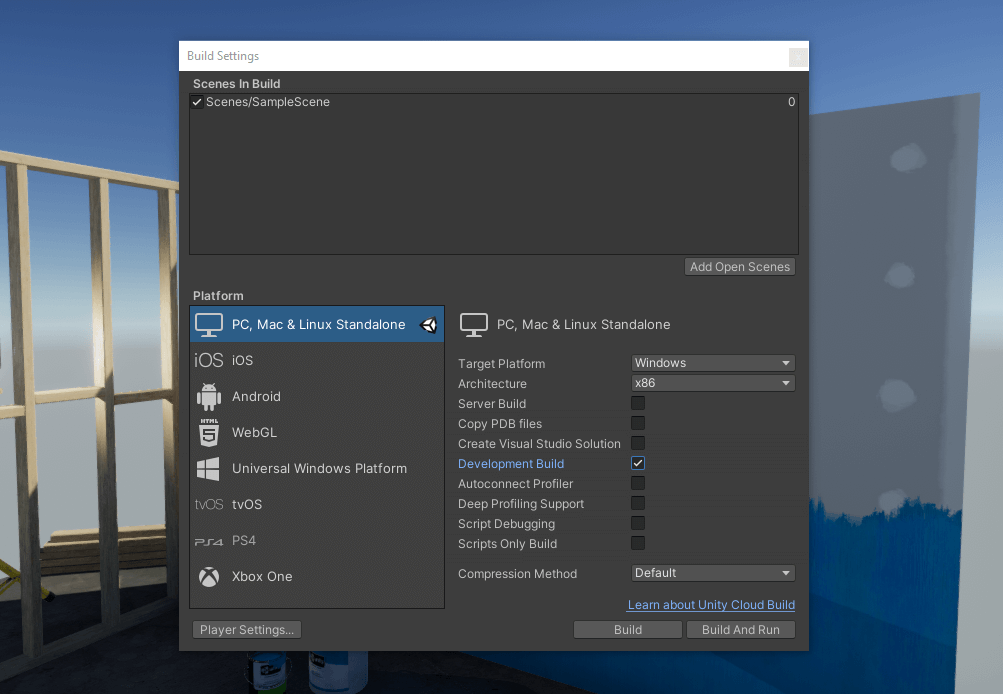 Before monetizing your release build, you must first submit your account and game for approval on the Frameplay Platform:

The current wait time for game approval is 48 hours. No advertisements will load in non-development builds until both your account and game is approved.

When you are ready to build a production version of your project, set Test Mode off, in the Frameplay Data Asset. Ad Spaces will now request and load real revenue raising advertisements. 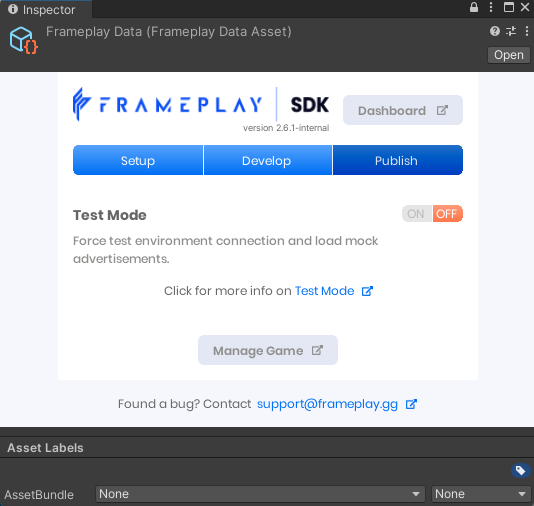 See the Unity manual for more information on Publishing Builds.

We highly recommend you check out the Best Practices Guide to maximize revenue, impression quality and user experience!

If something went wrong during setup, check the Console Window for warnings (Ctrl+Shift+C on Windows, or Shift+Command+C for Mac) or visit our FAQ page.

Mac users may receive the following message: "stb_image.dylib can't be opened because Apple cannot check it for malicious software"

This is a precompiled image decoding library that processes JPG's and PNG's asynchronously.

To fix this, select "Allow Anyway" the in Security & Privacy settings for the file stb_image.dylib. 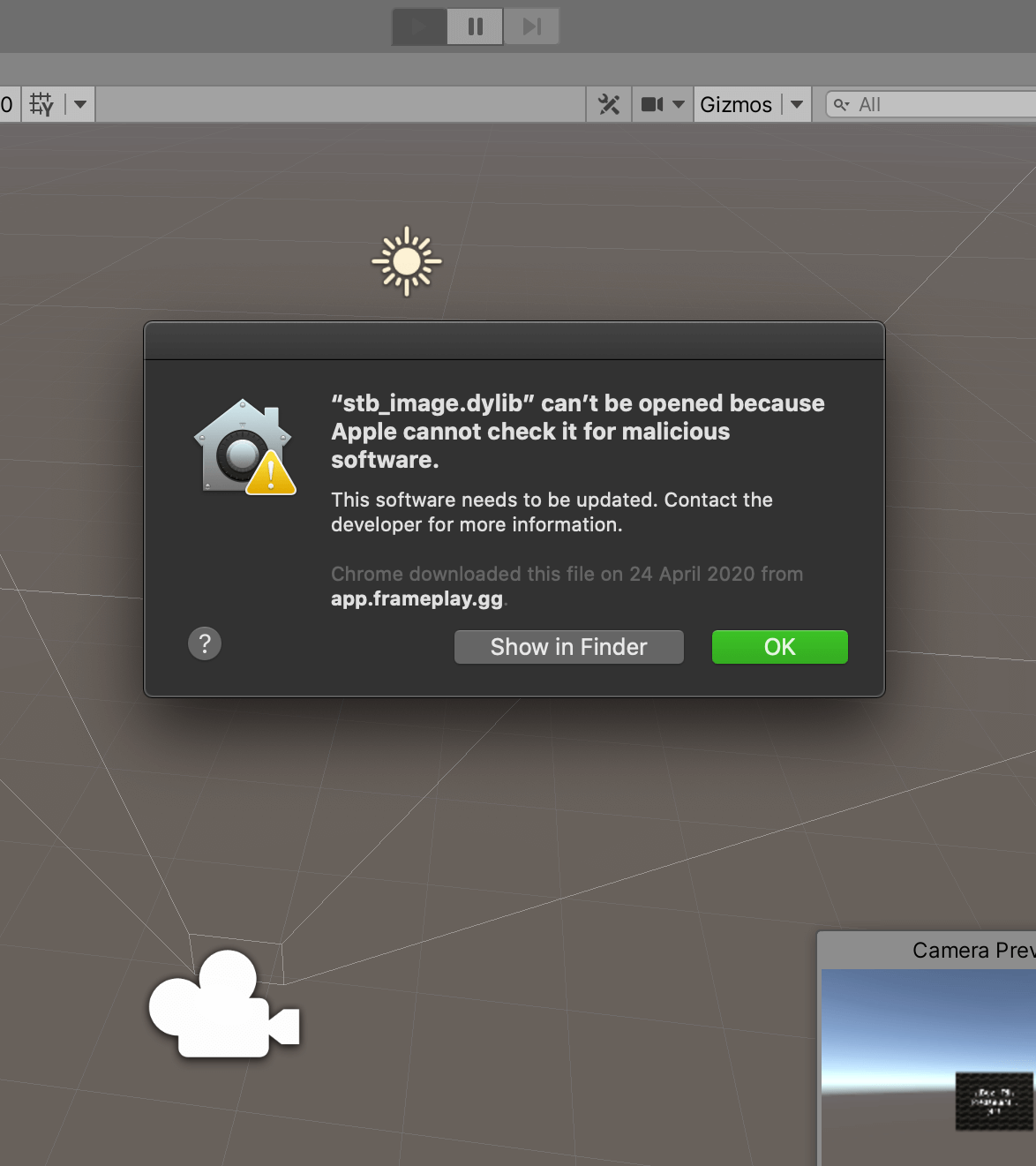 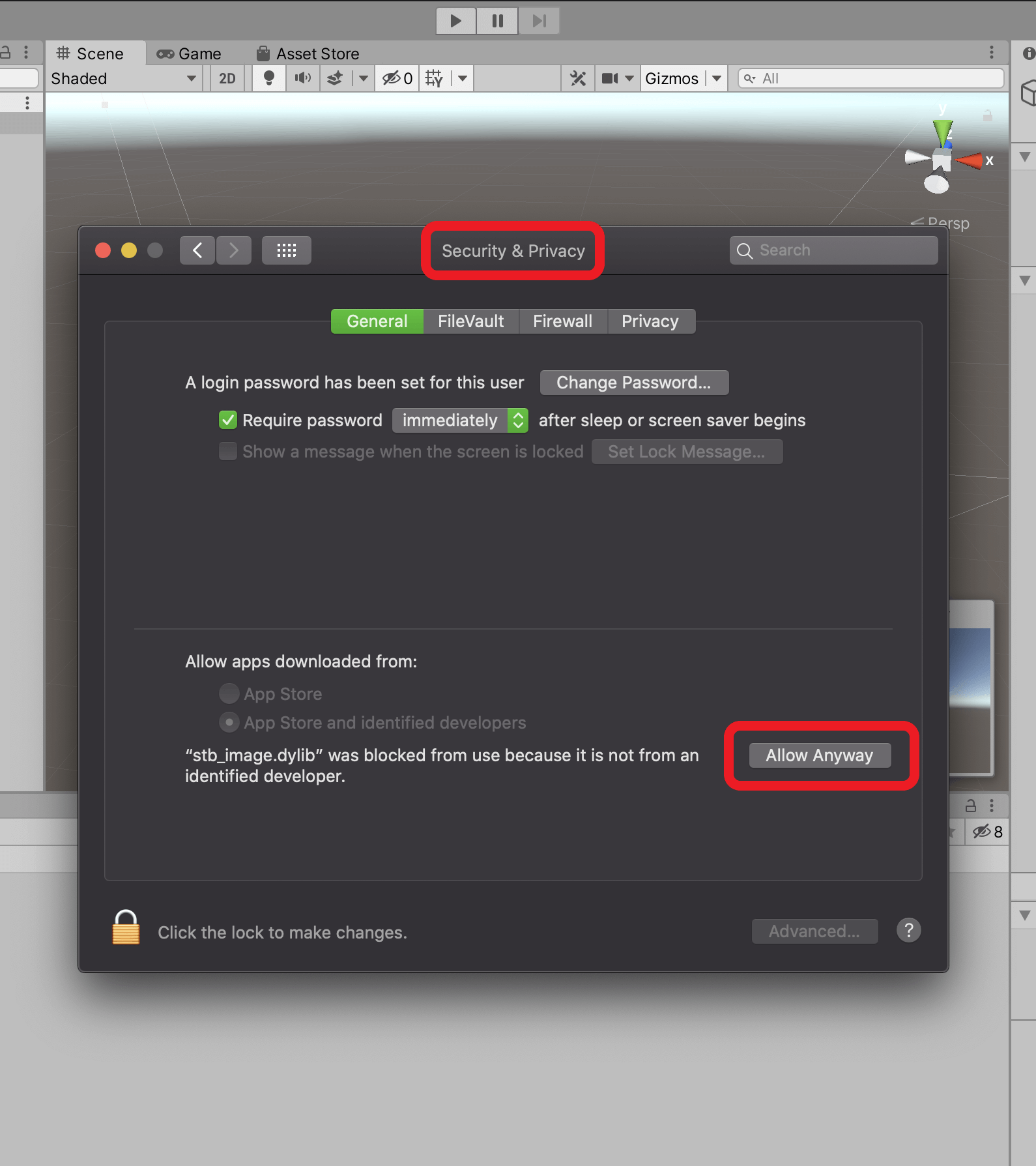